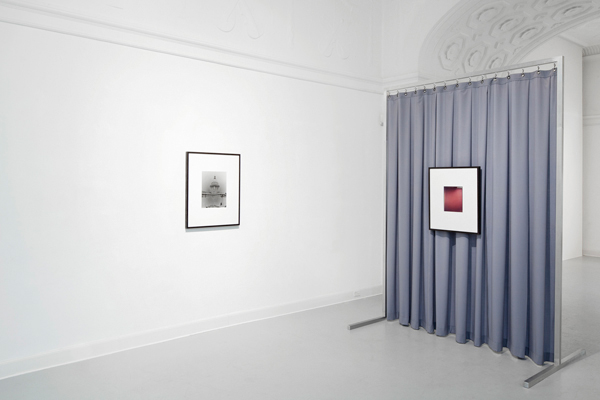 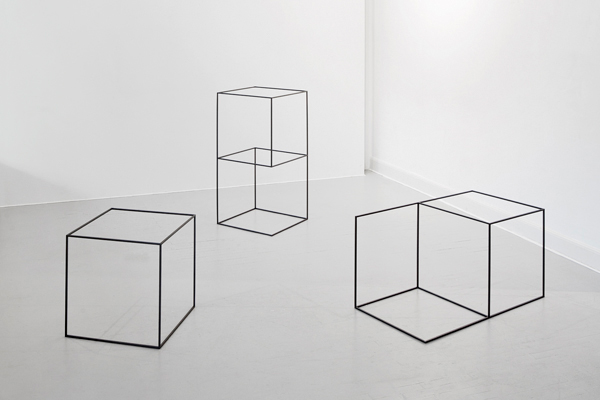 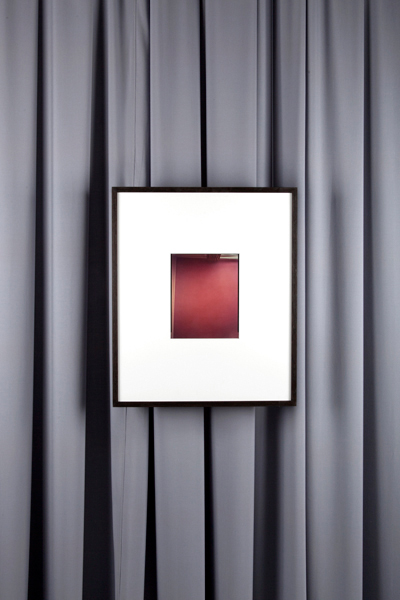 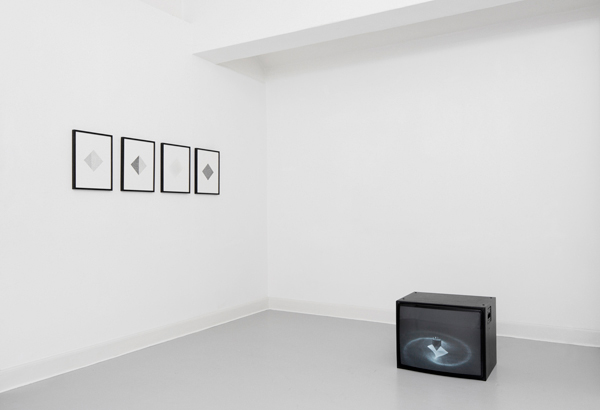 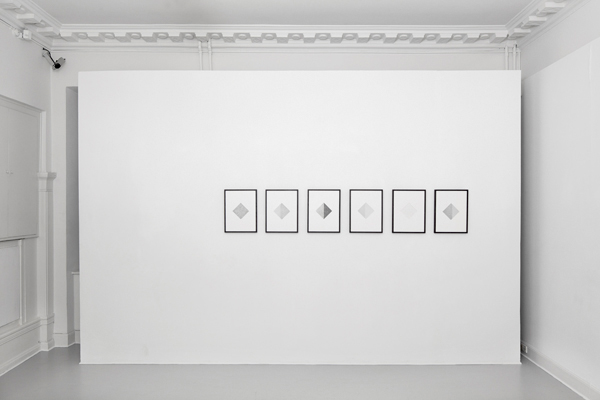 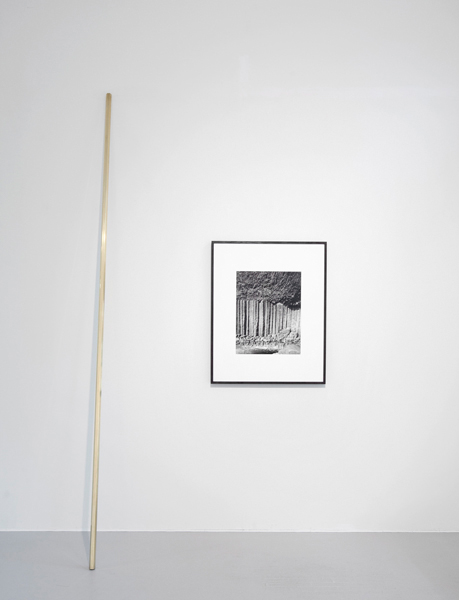 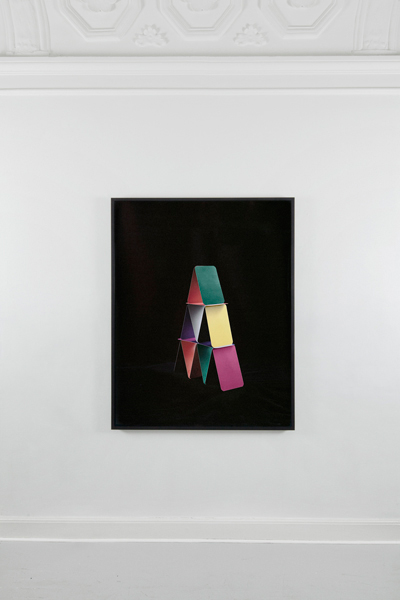 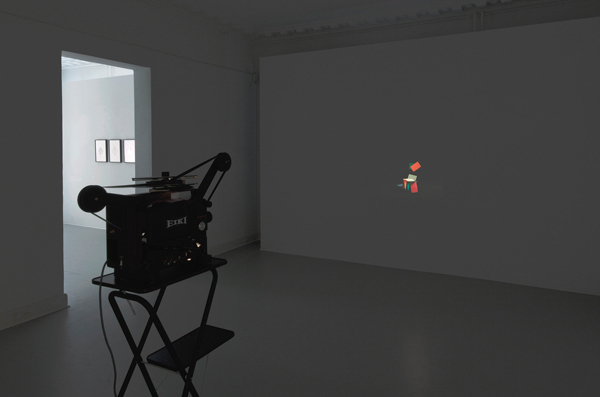 Optical illusions through Necker cubes, solarized photos with references to the French Surrealist author André Breton and his invention of automatic writing, as well as a house of coloured cards illustrating psychological aspects from a personality test, are just some of the elements that Ebbe Stub Wittrup brings into play in the exhibition Two faced Vase.

The exhibition can be experienced at several levels – one can dip into layers of cultural-history references, the whole of Wittrup’s phenomenological field of investigation or allow oneself to be captivated by the aesthetic presentation. Ebbe Stub Wittrup’s artis¬tic practice has been focused on the photographic medium, but here the photographs are juxtaposed with other media types such as video, object and installation. Ebbe Stub Wittrup works between an authentic reality and its translations or representations in the form of fictions, myths or documentarism as a recurring theme in his artistic practice.

The Title
Two faced Vase refers to the Danish psychologist Edgar Rubin’s illusionistic representation of a vase with two faces from 1915. At first glance the black vase appears sharply defined, but if you look at the silhouette of the vase, two visually experienced faces appear, confronting each other. The title can be seen as a inscription above Wittrup’s preoccupation with sensed reality as ambivalent and enigmatic, as “a vase with two faces”.

From illusion to physical object and back
Ebbe Stub Wittrup has created a number of sculptural objects that explore the effects of adding the spatial dimension to two-dimen¬sional originals. The slender metal cubes known as Necker Cubes, named for the Swiss crystallographer Louis Albert Necker, question the relationship between sensation and illusion in our everyday perception of space. Although the exhibited cubes lack some sides, they are experienced as spatial when you look at them. This is due to an optical illusion caused by the tendency of the brain to create spatial connections even when they are not in fact present. By focusing on different parts of the cube, we can also produce other visual dimensions and perspectives.

Installation
Continuing from the illusionistic cubes, in the installation Automatic Writing Wittrup pursues a number of associations that point to our ability – or inclination – to perceive in terms of relations and connections across the chaos of reality. In the middle of the gallery, with its thickly draped curtain, the installation forms a membrane. On the curtain hangs a photo of the ceiling in Andre Bréton’s room at the Hotel des Grands Hommes in Paris. It was in this room that Bréton’s work Les Champs Magnétiques, 1933, which introduced automatic writing, was written. Beside the hotel lies the Panthéon, where the French physicist Léon Foucault’s pendulum hangs down from the dome. The swinging of the pendulum is controlled by the rotation of the Earth, which is in turn governed by the Universe. Wittrup draws parallels between the swinging of the pendulum and automatic writing, which is carried out unconsciously, often in a state of trance and governed by something greater. In order to visualize the motion of the pendulum, Ebbe Stub Wittrup has created a film where a pendulum draws abstract patterns with white sand. Alongside the installation hangs a solarized photo of the Panthéon taken from the window of André Bréton’s room.

Synaesthesia
The ten photograms in the second room were made by propagating sound waves through water. The photograms are thus a visualization of a sound that has become a pattern and can be seen as an allegory of the concept of synaesthesia. Synaesthesia is the name of the phenomenon where a sensory impression evokes influences in a different area of our sensory apparatus, such as the ability to hear colour, see sound or see letters and figures in colours. Wittrup has long been inspired by this phenomenon, which is among other things also reflected in his earlier series Eight Color Cards, which consists of eight coloured cards each of which represents a state of mind. The cards come from the psychoanalyst Max Lüscher’s colour test in 1969. These cards are also used in the exhibition in the form of a house of cards with 16 colour cards and in the film, where the toppled house of cards slowly reassembles.