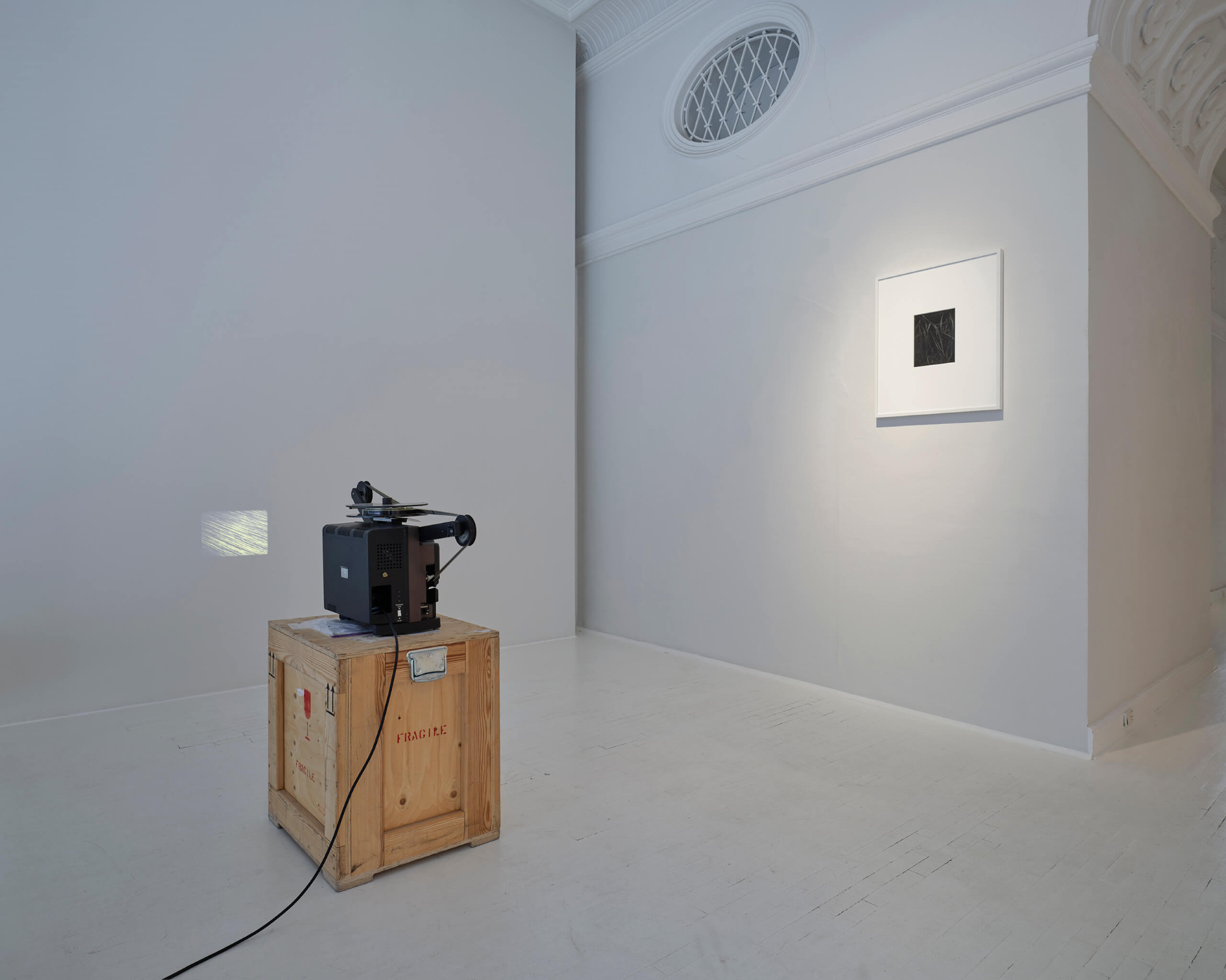 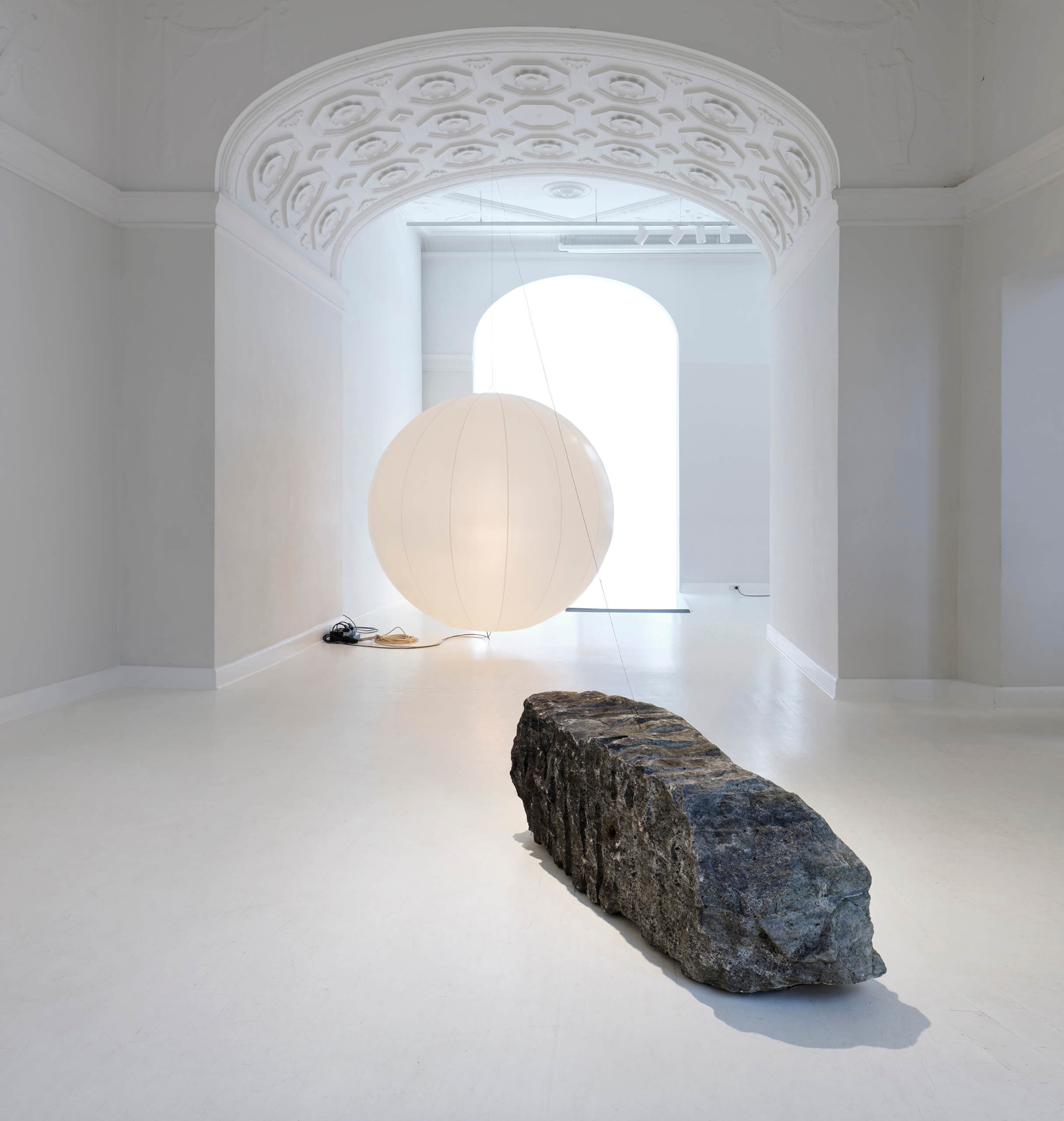 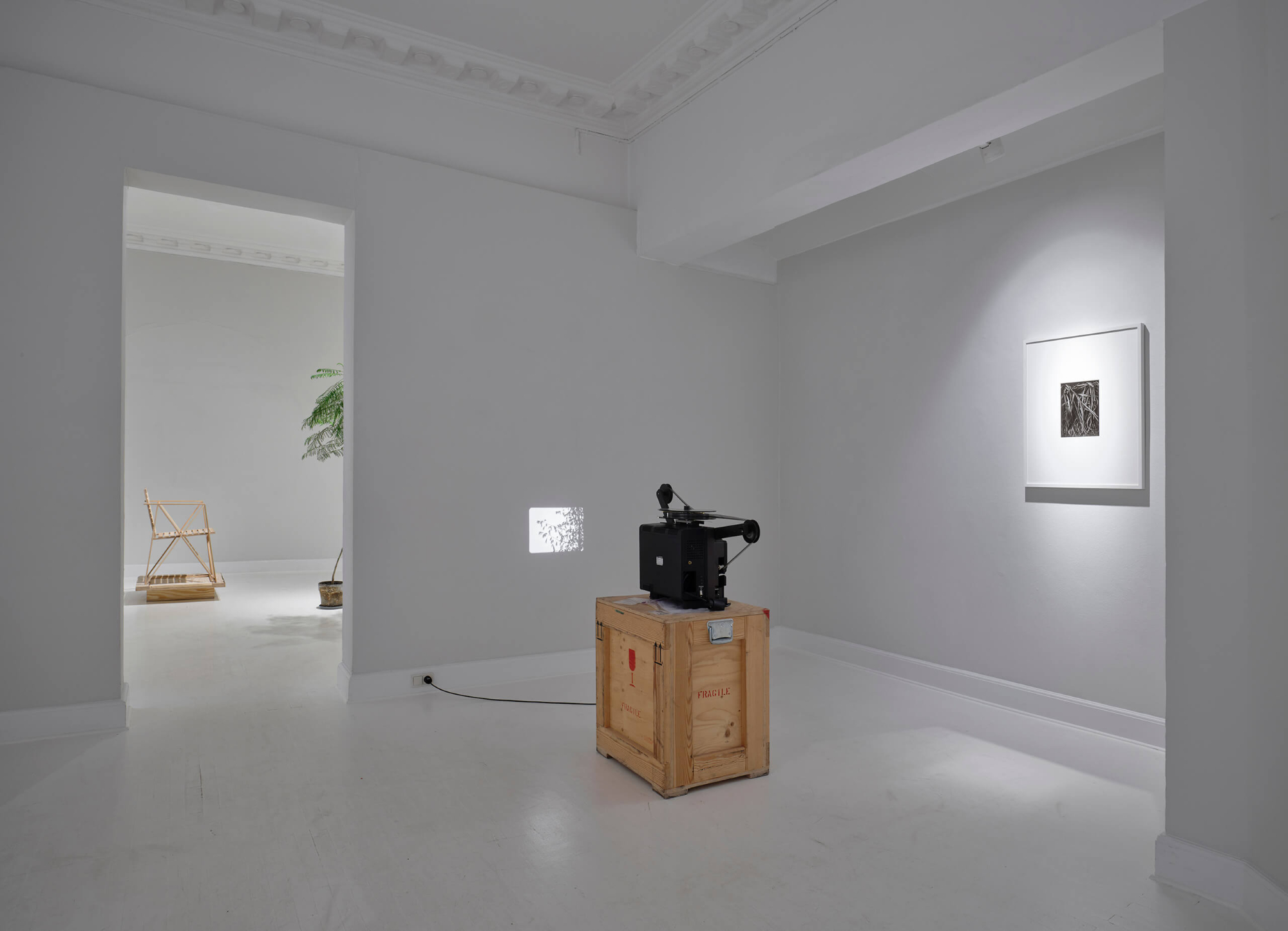 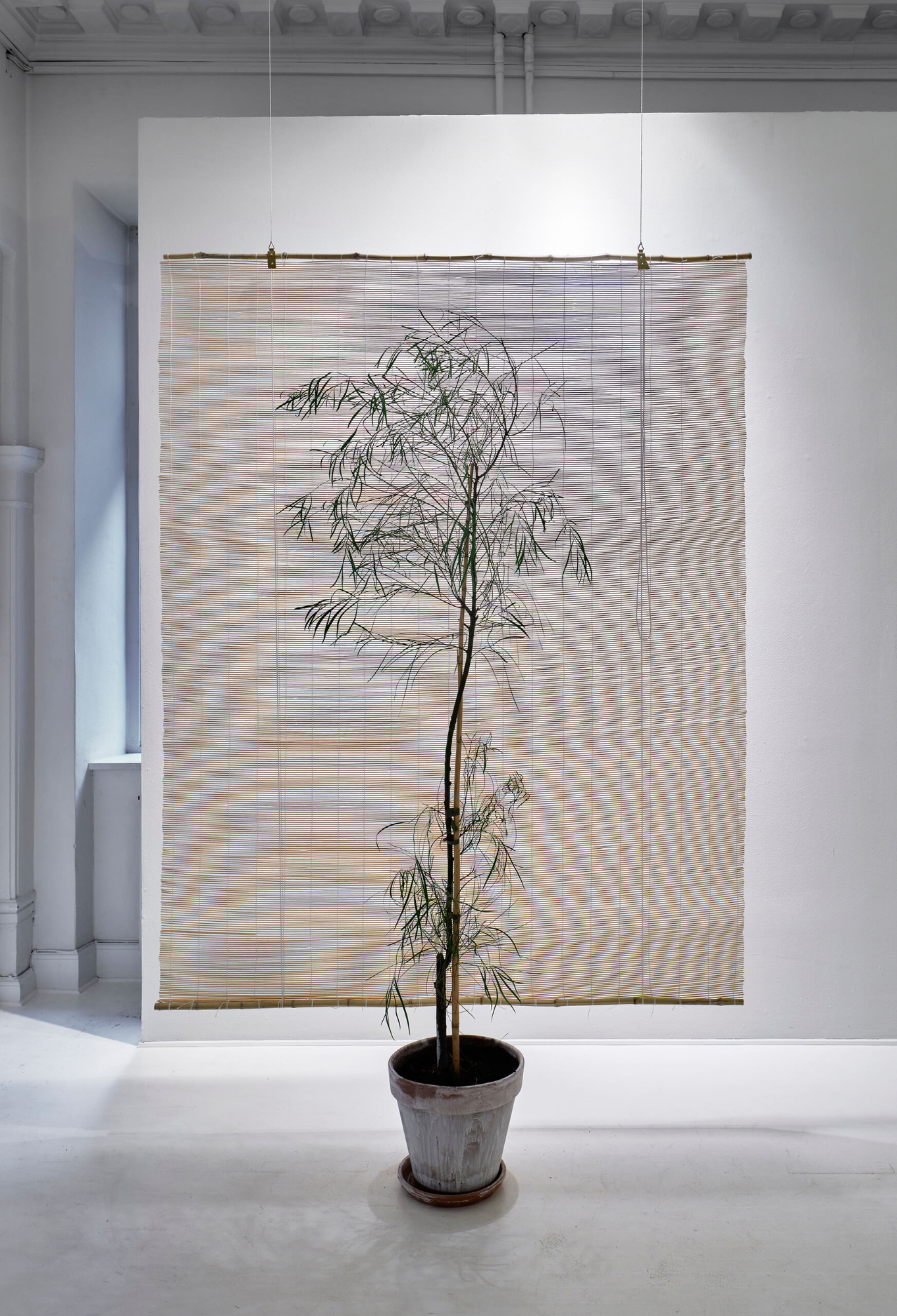 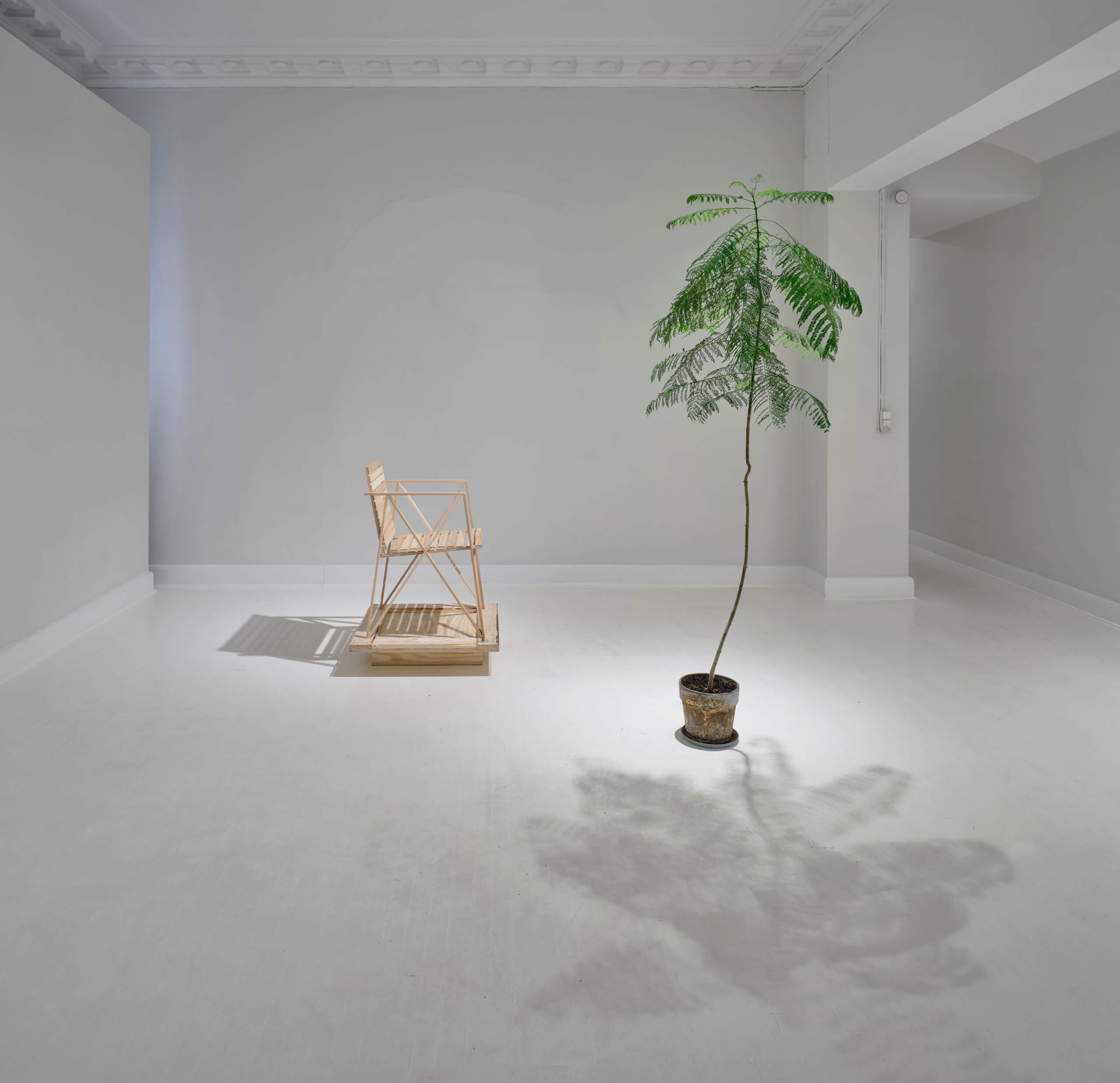 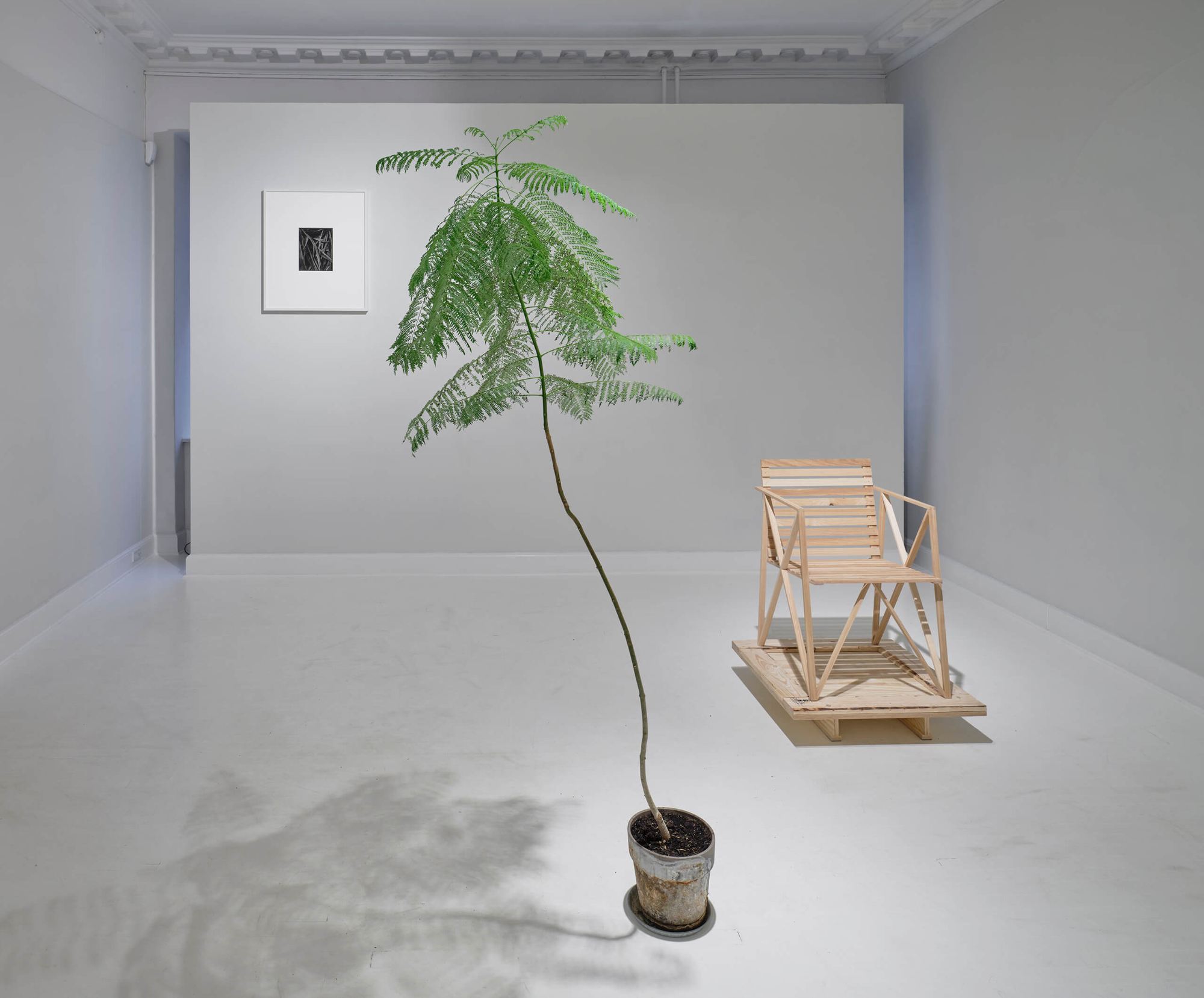 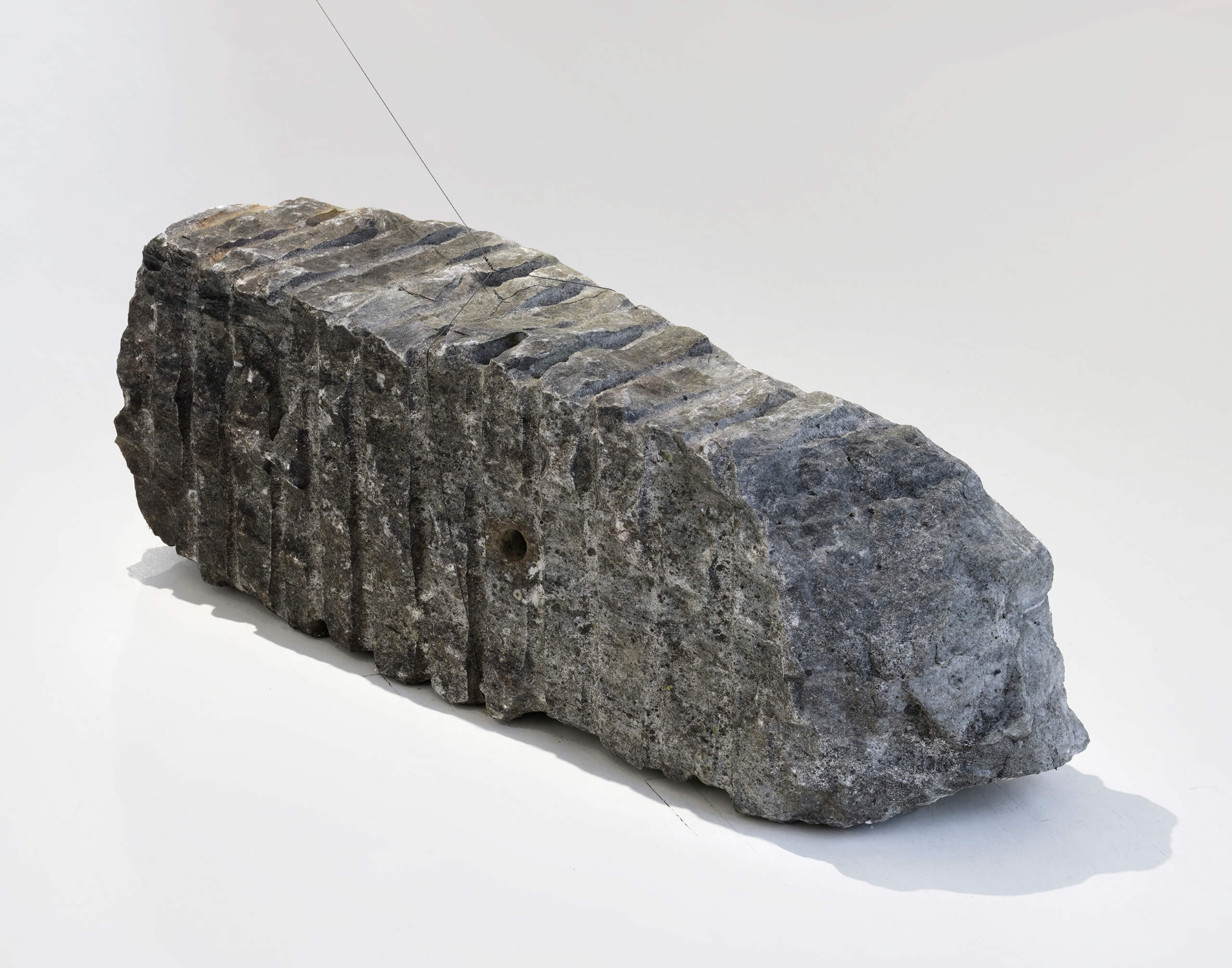 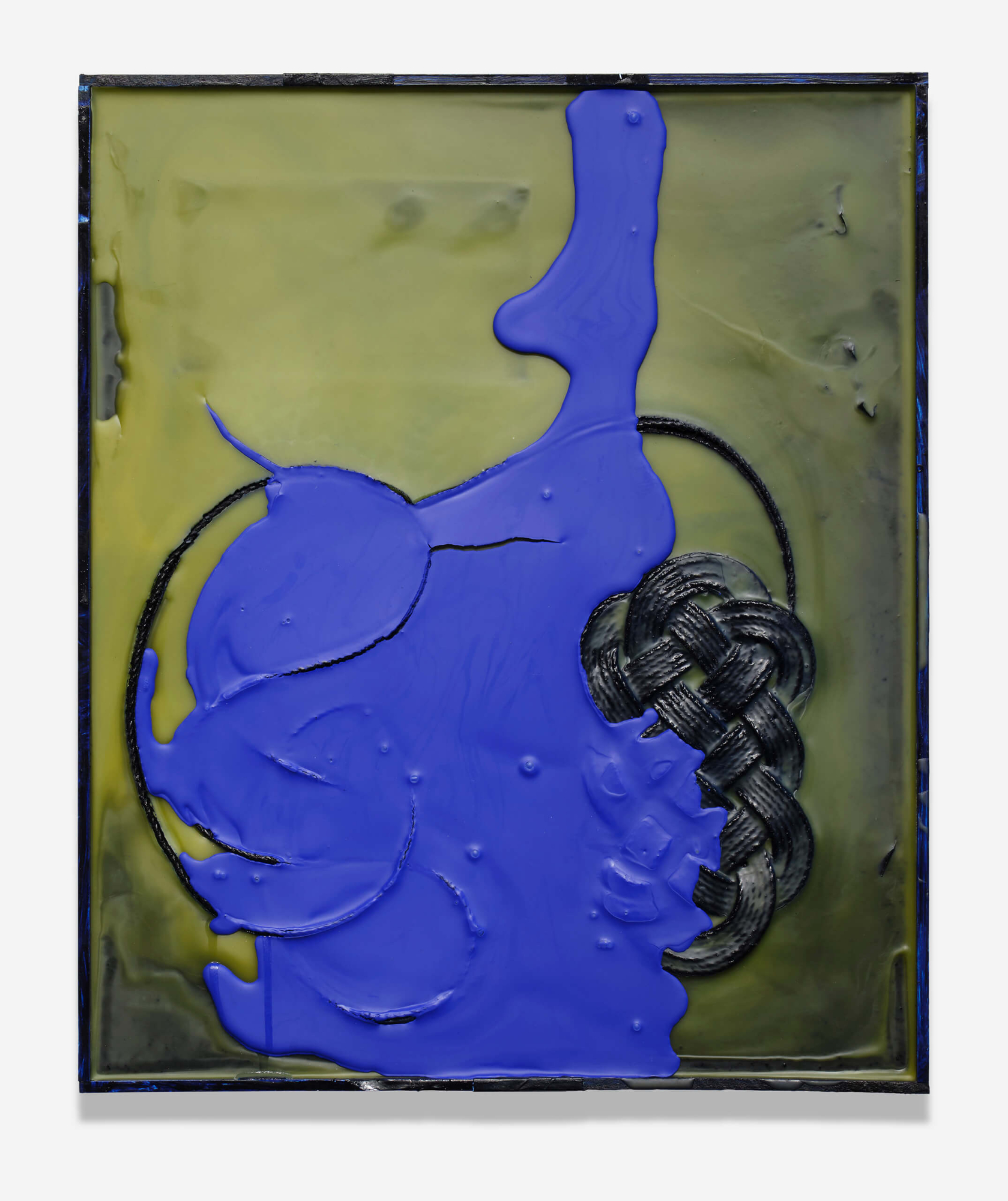 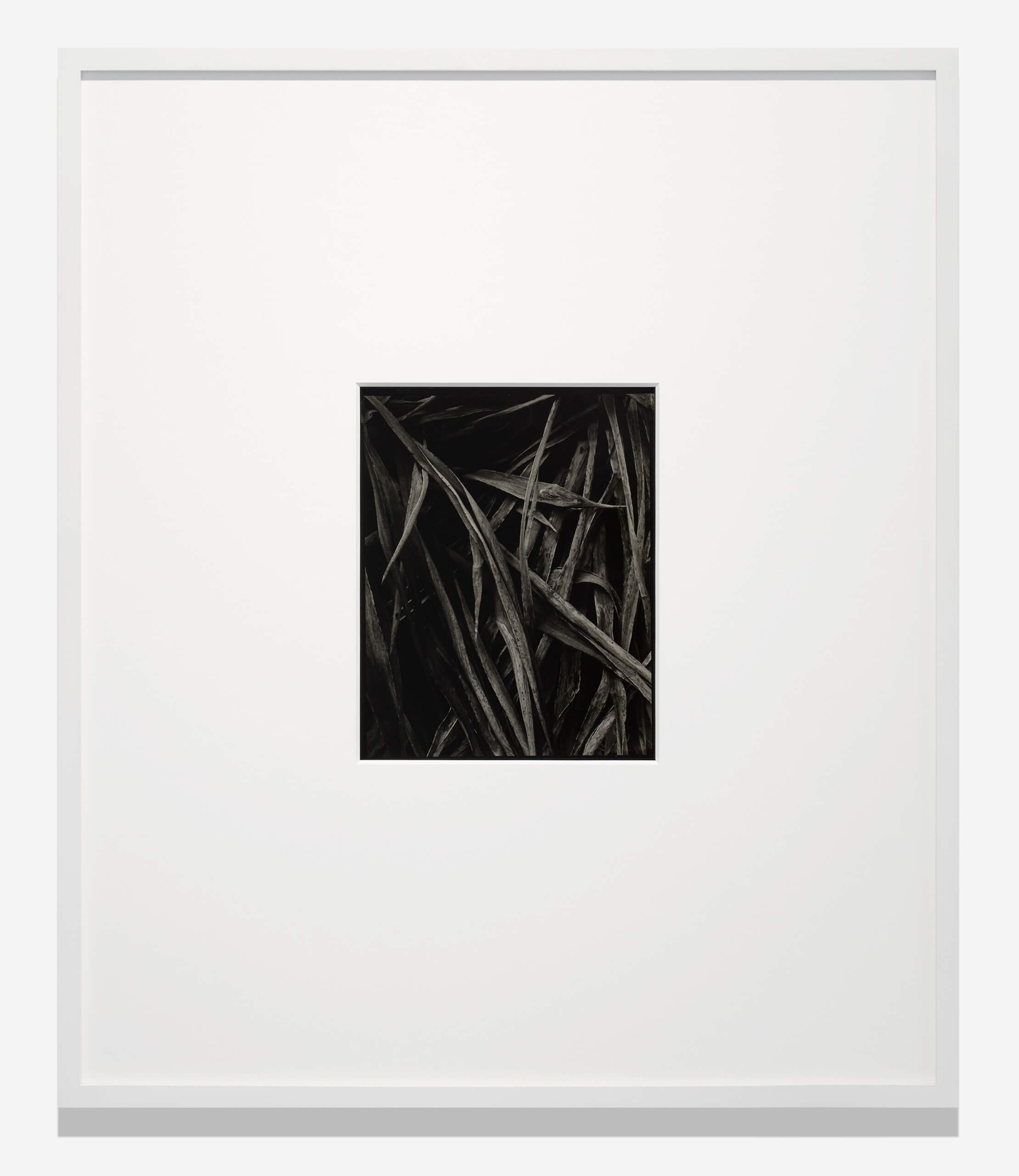 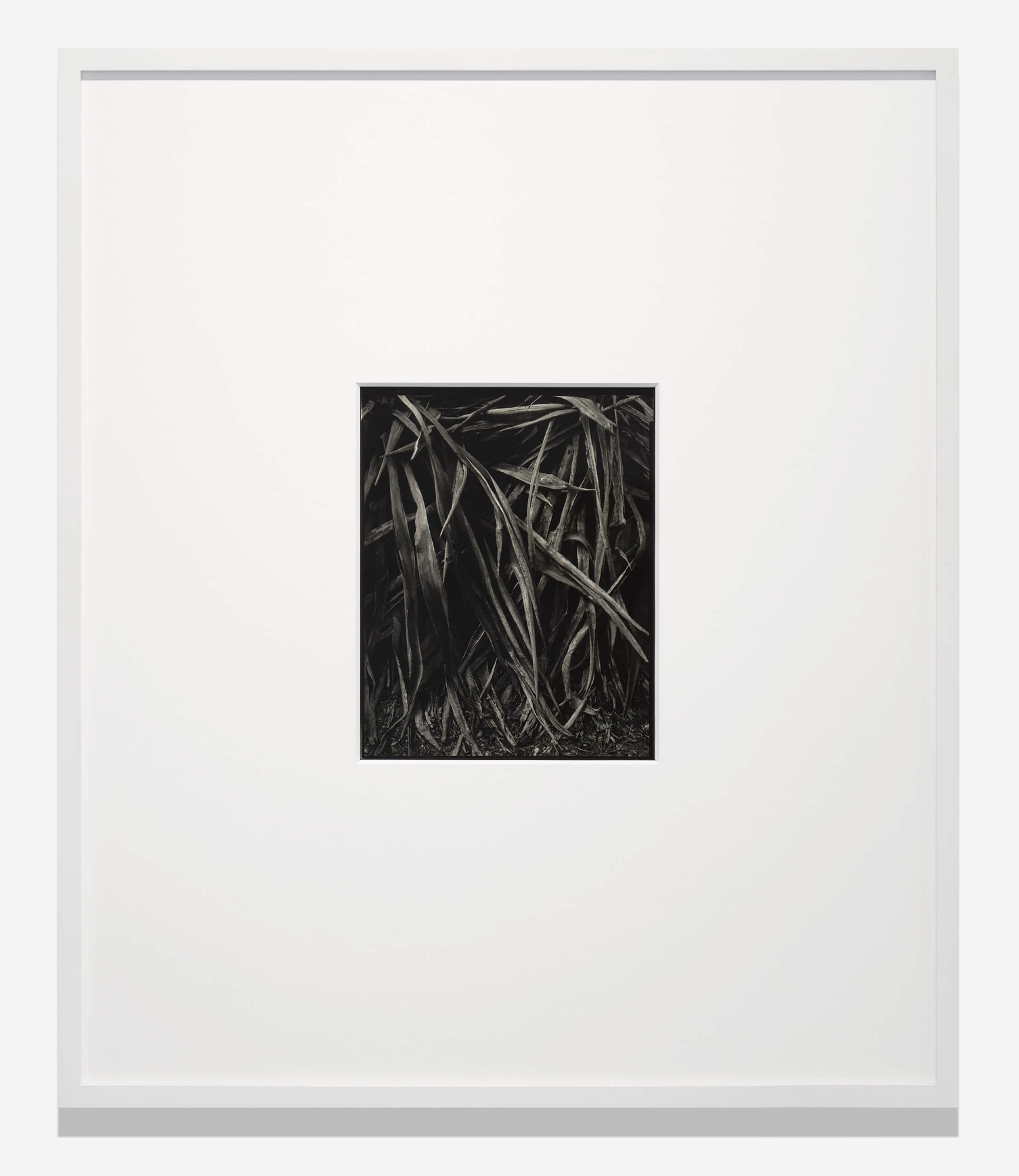 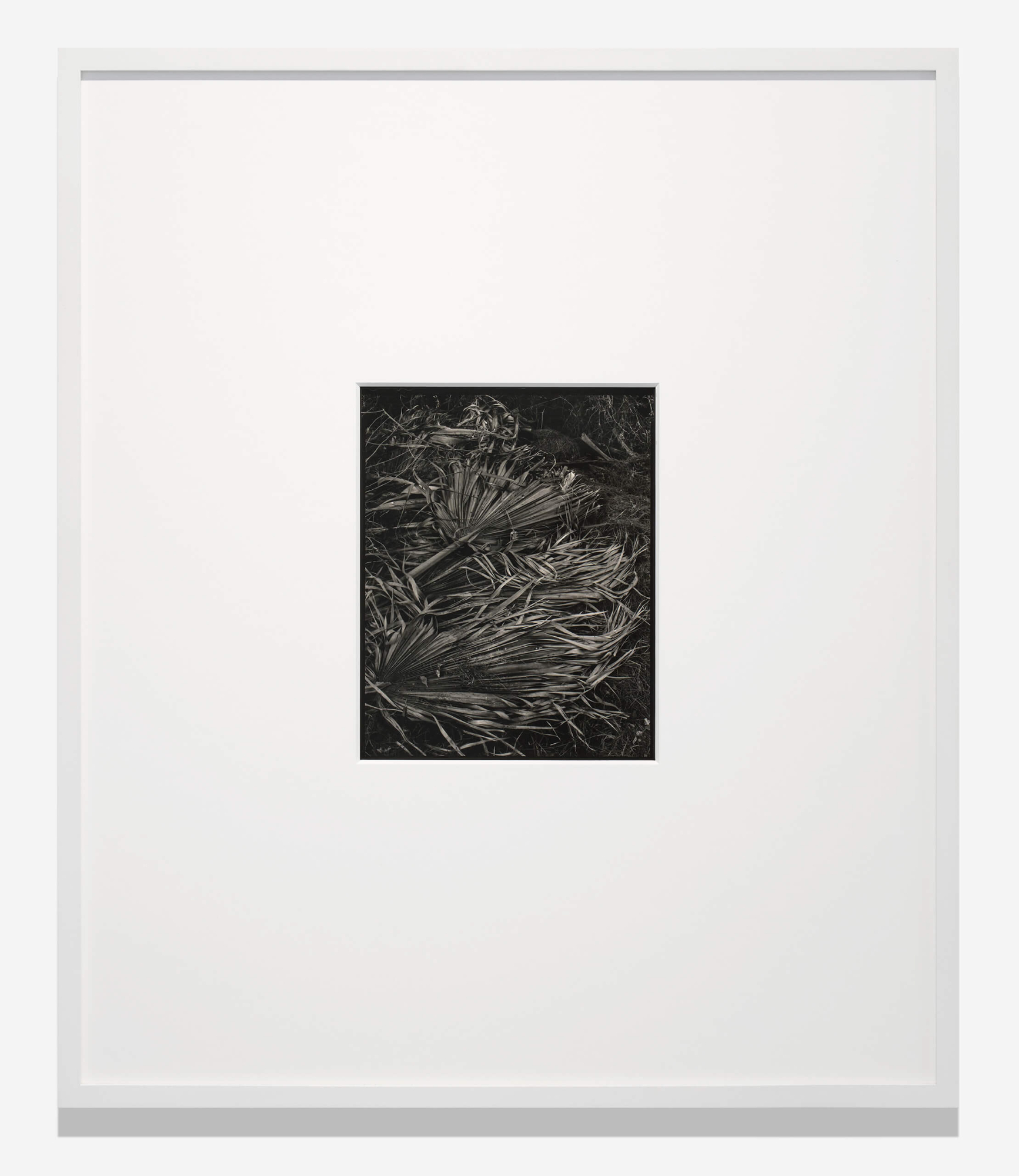 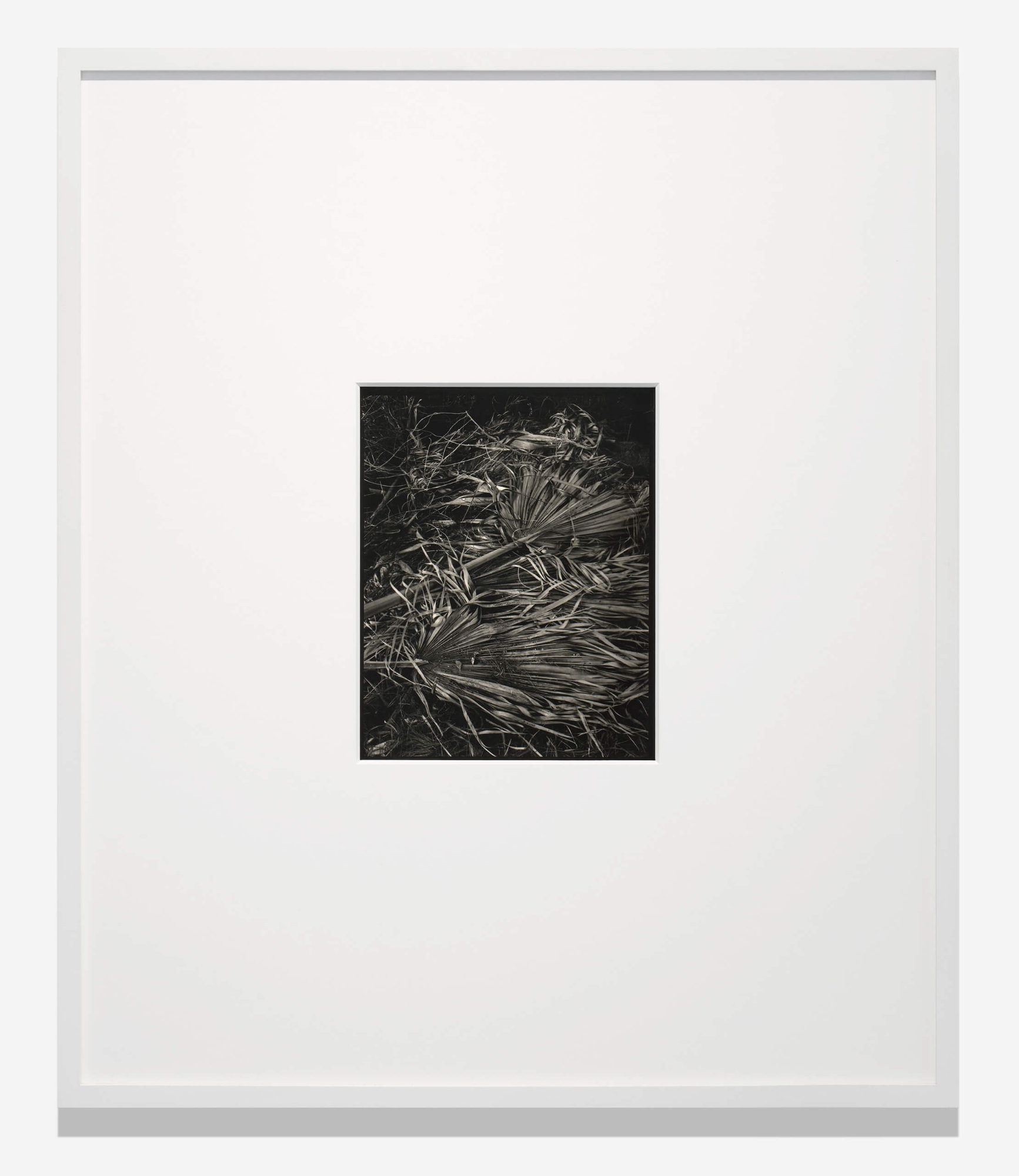 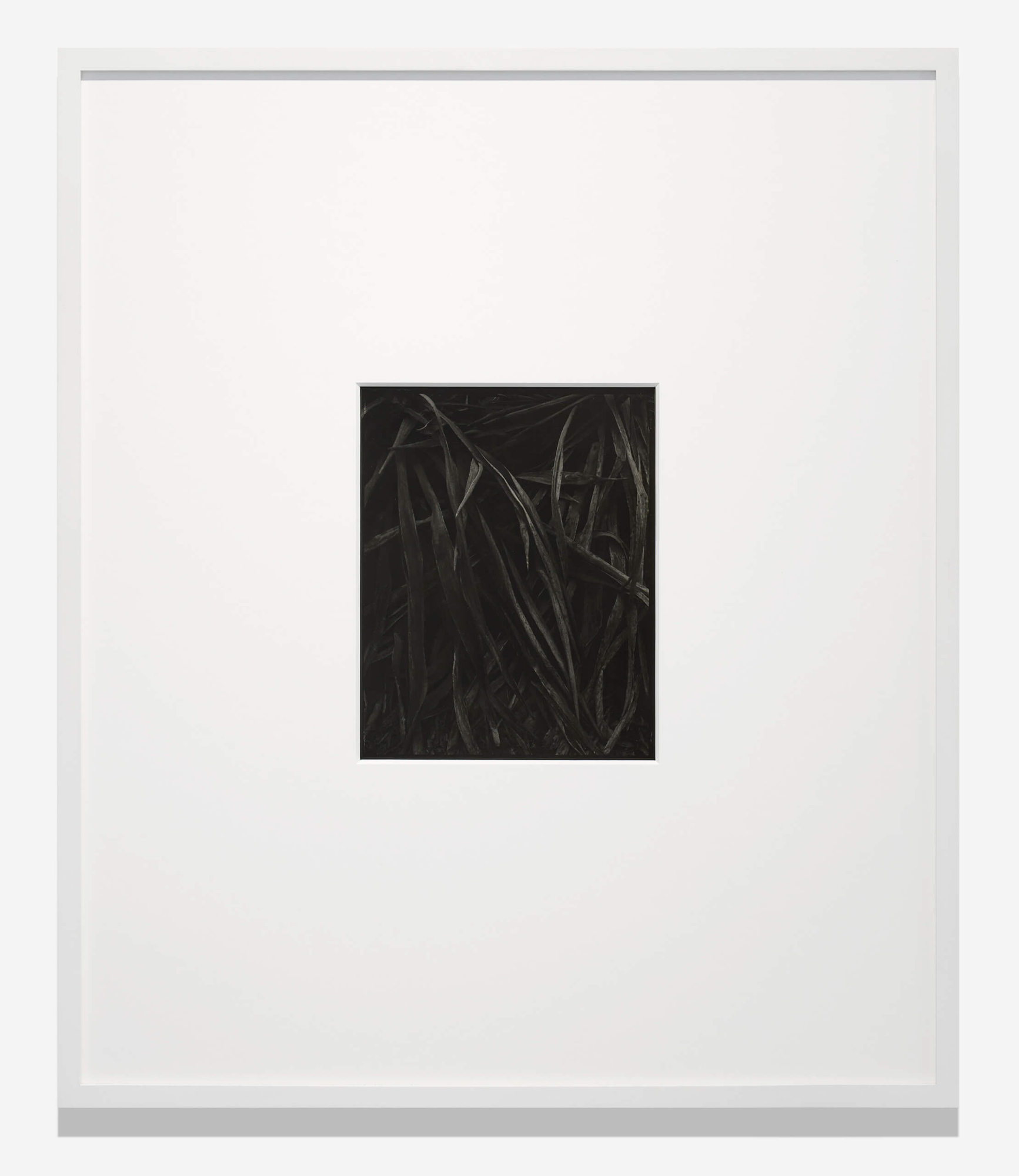 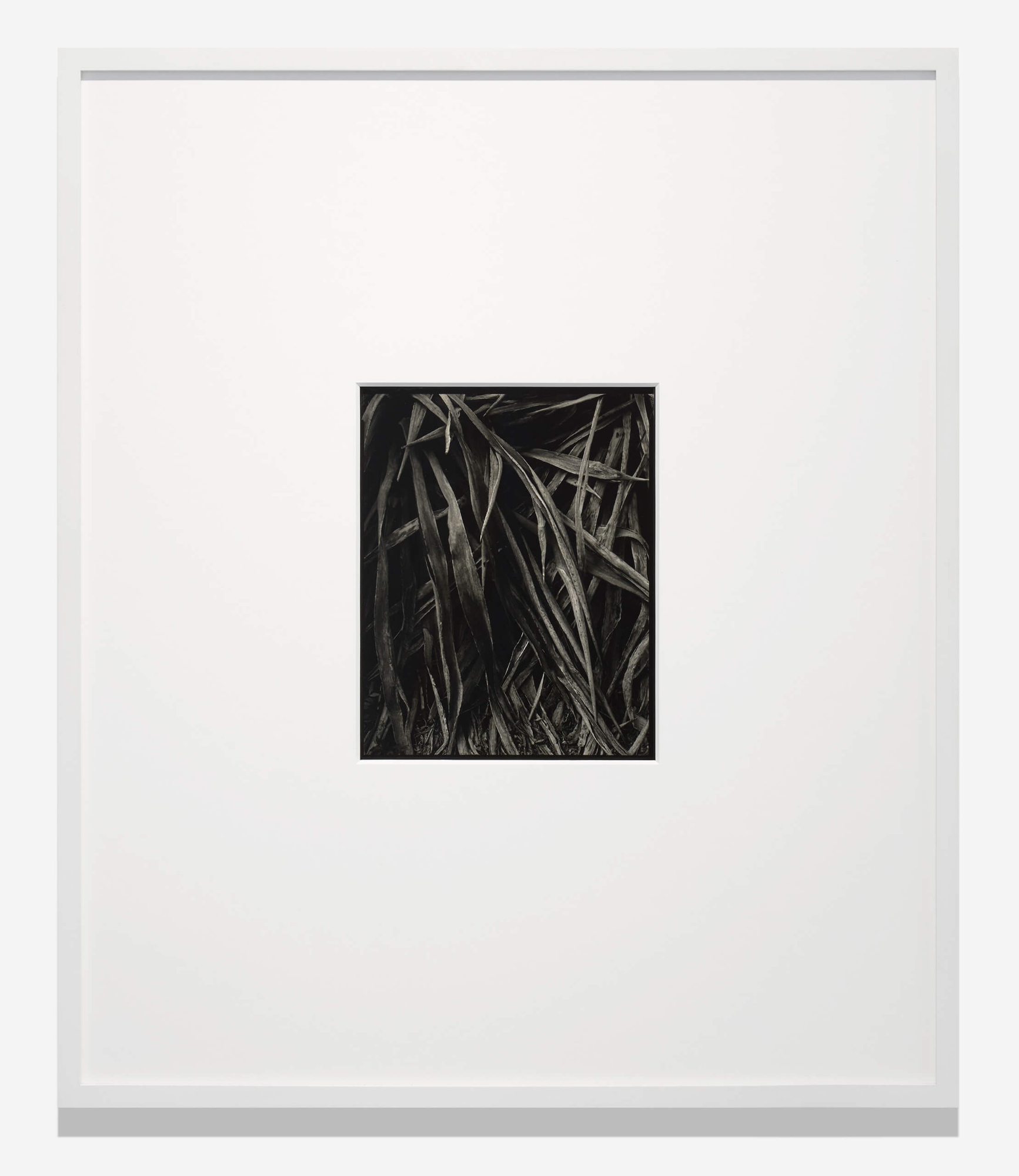 Martin Asbæk Gallery is pleased to present the exhibition Stolen Fire by Ebbe Stub Wittrup. Through sculptural elements, modified readymades, photographs and films, the Danish artist brings historical traces, myths and materialities to the spotlight for scrutiny and renegotiation. By placing these objects in a new context, Ebbe Stub Wittrup puts concepts such as ownership, origin, and translation in a new perspective, while offering the viewer the opportunity to reflect on the original meaning of the materials and forms.

The title of the exhibition alludes to the video work Fabric of flames, which examines how cultural identity, technology and craft traditions arise and are exchanged across time and place. The work is based on footage from the Bujosa weaving mill in Mallorca, which produces a very special pattern for their textiles, Telas de Lenguas, where the colors cross-fade in a way reminiscent of fire. The video work unfolds as a visual meditation on cultural identity markers, and at the same time fire becomes a representation of what cannot be stolen, what cannot be owned, with ownership being a recurring theme in the exhibition.

In the second film of the exhibition, a pine tree with the Latin name ‘Pinus Wallichiana’ is seen. The tree is named by and after the Danish botanist Nathaniel Wallich (1786-1854), who was sent to the Danish colony Serampore in India. Wallich collected, cataloged, and systematized plants from the area, and his project is emblematic of the Enlightenment aspect in which European nations not only conquered territories, but also invaded them culturally by overwriting the original local worldview and way of life. Ebbe Stub Wittrup stages these traces of cultural encounters and exchanges that are not always reciprocal, and as a kind of contemporary archaeologist he plays with whether it’s matter, events, relics, and artifacts that represent history, or whether it’s history that is artfully derived from them.

The dark photographs in the exhibition depict the plant parts that cut off and discarded during the harvest of cacti and palm trees. Residual products that are considered worthless. But they have a hidden potential anyway, according to Stub Wittrup, as they are extremely rich in shades of gray. When you take a picture of them, this translation is even superior to their real-world raison d’être. The pictures were taken with a large format camera, where the negative is 8 x 10 inches, which is the same format as the motif. It is thus neither enlarged nor manipulated in any way, and as a result the photograph has the same quality as an imprint: as the original copy. Is it an improvement, when the representation is better than reality?

The more hands, media, and materials a cultural phenomenon travels through, the more meanings are embedded along the way, and each materialization is a gesture that points backward. The works of art may not come closer to the “truth”, instead they offer a different angle or complementary hint that is able to embody feelings, ideas, and experiences. Where language can be more easily tamed, works of art escape a fixed meaning to a greater extent. They can ‘chip off’ a fragment of reality and allow us to play with a perspective that we occupy for a while.

Ebbe Stub Wittrup (b. 1973) lives and works in Copenhagen. He graduated from the Academi of Fine Arts in Prague in 1999. He has had several solo exhibitions both in Denmark and internationally, with the most recent prominent at Copenhagen Contemporary, Gl. Holtegaard, ARoS Aarhus Art Museum and Overgaden Institute of Contemporary Art as well as Kunstverein Braunschweig in Germany, Kunsthalle São Paulo in Brazil, Kirchner Museum in Switzerland and Albright Knox Gallery in the United States.