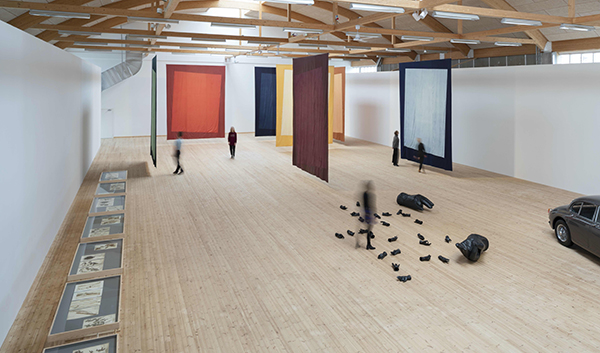 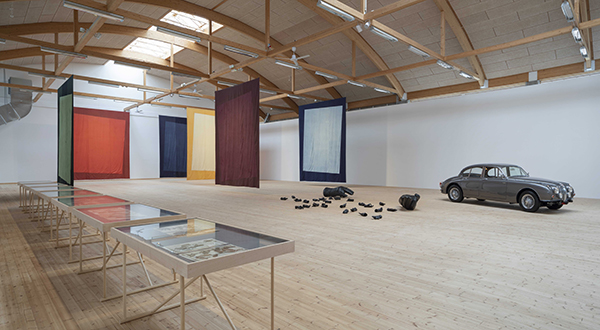 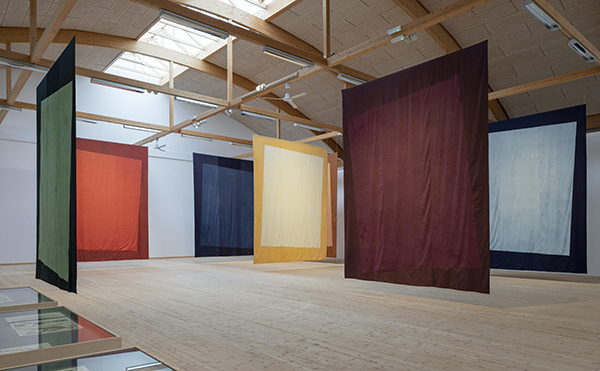 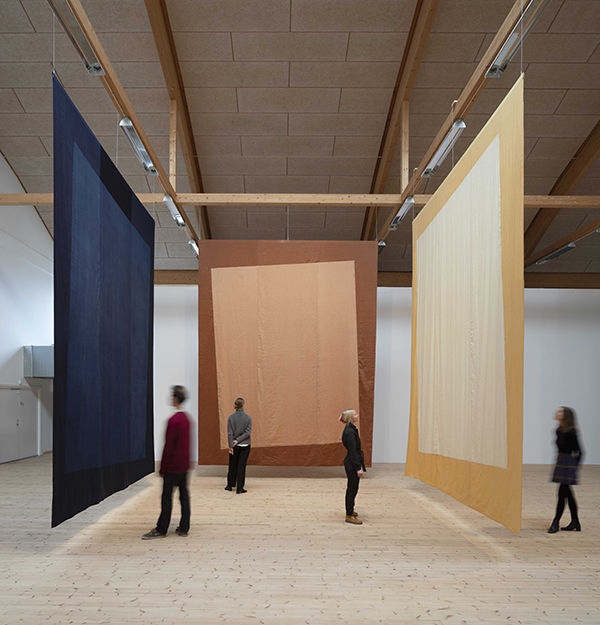 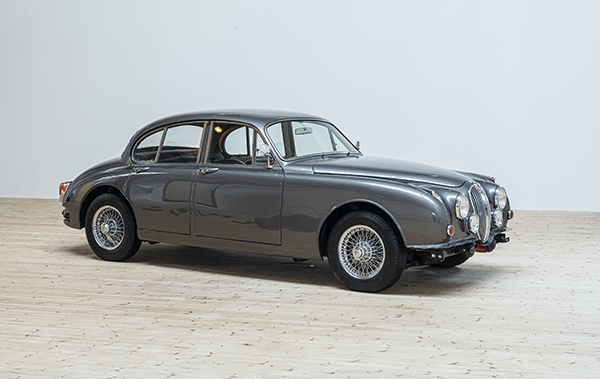 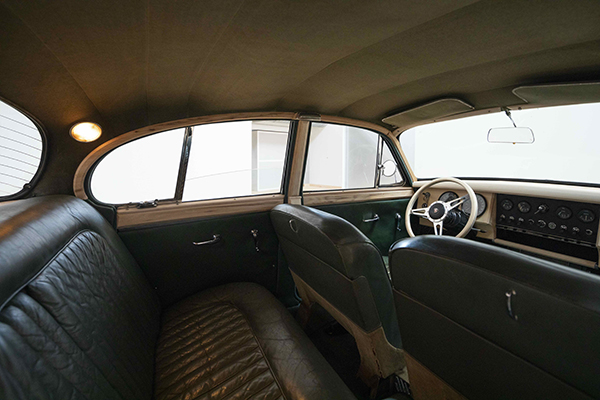 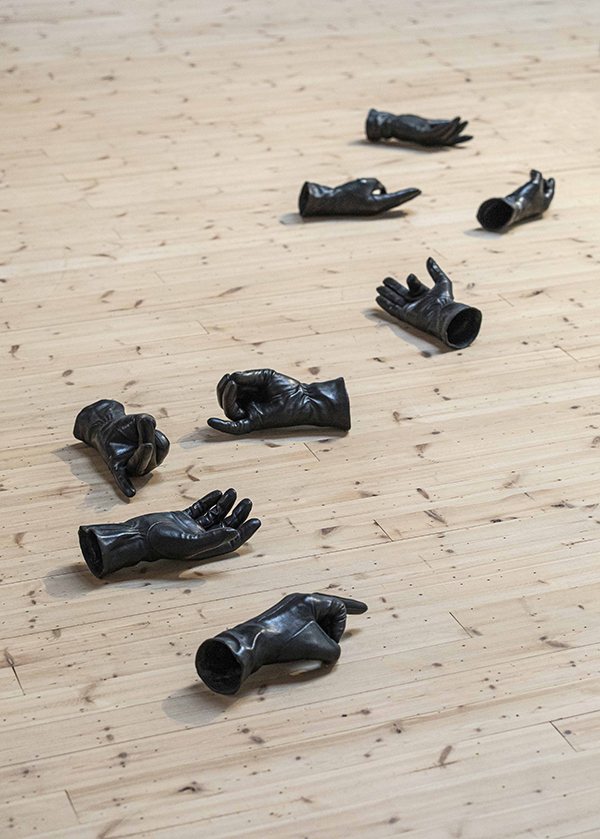 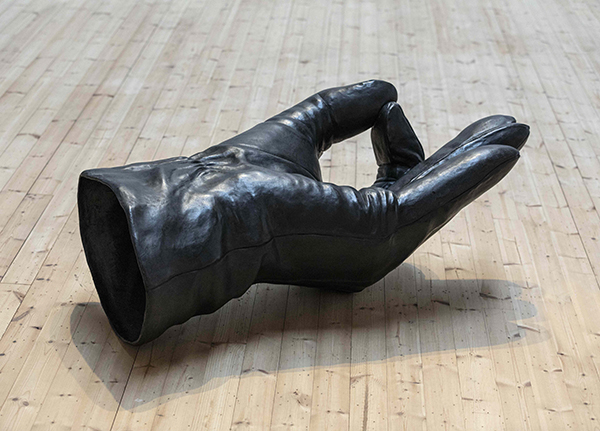 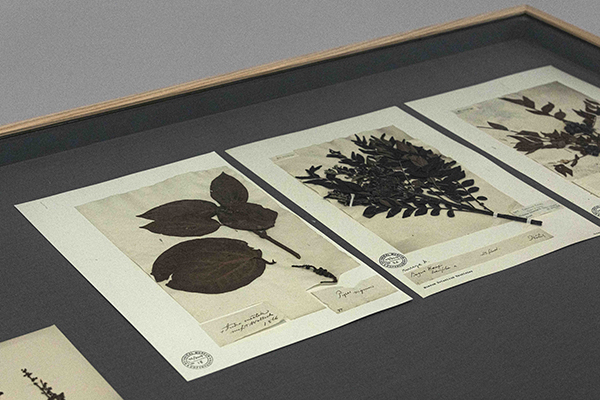 In the exhibition Botanical Drift, the artist Ebbe Stub Wittrup addresses national identity and cultural ownership. As the artist follows in the footsteps of the Danish botanist Nathaniel Wallich, a narrative emerges on Western economy and scientific logic as opposed to local knowledge and experience.
Ebbe Stub Wittrup, mostly known for his photographic works, shows a different aspect of his practice in this exhibition. In four installations created specifically for Copenhagen Contemporary's hall 5, he examines phenomena, linking the imperial self-image of past times with present-day global power struggles.

Ebbe Stub Wittrup took inspiration for the exhibition from the Forstbotaniske Have (Arboretum) in Charlottenlund, Copenhagen, home to a tree with the strange name of Pinus wallichiana. The tree is named after, and by, the Danish botanist Nathaniel Wallich (1786–1854), who was stationed in the Danish – later British –
colony Serampore in India in 1807. Here, Wallich began the comprehensive task of collecting local plants and classifying it according to the contemporary example, the Swedish botanist nonpareil Carl von Linné, who had set out a system of genera and species, which could be used to classify all the world’s plants. The collected specimens from the Indian flora was described, pressed, and documented on sheets of paper distributed to botanical gardens throughout Europe.

Botanical Drift shows a selection of these original sheets of paper in seven specially produced showcases in ash wood, one of the wood species discovered and named by Wallich. Using a Western plant classification and naming system as an atlas of the Colonial Age, Ebbe Stub Wittrup paints a picture of the prevailing view of humanity and of the world during this period as well as the beginnings of industrialisation. The story of Wallich reflects a time when Western nations not only conquered large territories by force, but also in terms of language by overwriting local experience and knowledge.

Seven large-scale textile banners coloured with vegetable dyes from the Indian flora extend from the ceiling of hall 5. Using colour pigment extracted from local plants has, for millennia, played a key role in the emergence of myths, traditions, and spiritual rites worldwide. The flags fly like territorial markers above the exhibition, addressing questions on national and cultural identity.

An installation consisting of twenty-four small and two large gloved hands cast in black-patinated bronze spread across the floor of the exhibition. The gloves form various hand signals, so-called mudrās, originating from Indian mythology. Mudrās is a spiritual practice and language traditionally denoting symbolic or territorial gestures in Hinduism and Buddhism, but is seen in many cultures. The hand signals embody an extensive vocabulary, crystallising into a form of communication which could not be translated or understood by the colonial power.

The fourth installation in the exhibition represents the interchange and balance of power between India and Great Britain in the form of a modified Jaguar MK 2 created as a collaboration between Ebbe Stub Wittrup and the architect Peter Rasmussen. The original interior of the car has been replaced by parts shaped in Indian wood species named by Nathaniel Wallich. The Jaguar company, a classic British style icon, was purchased in 2008 by the Indian group Tata Steel, which originally produced steel for the Jaguar car when India was still a British colony. The Jaguar in Botanical Drift relates a narrative about the renegotiation of identity and power as India’s postcolonial response to the former colonial power – marking a shift in world order.

In this way, Ebbe Stub Wittrup cross-cuts between economic, cultural, linguistic and botanical interpretation strategies. In their hybrid form, the works appear as
renegotiable objects, a veritable collage of existing and new meanings exploring issues of origin, power, and counterpower: is it possible to reclaim something that
has been taken from you? How does the accompanying story go?

The exhibition at Copenhagen Contemporary is presented in collaboration with Gammel Holtegaard in northern Zealand, Denmark. The two art institutions will be showing solo shows of Ebbe Stub Wittrup at the same time. While the exhibition at Gammel Holtegaard is based on Stub Wittrup’s photographic work, Copenhagen Contemporary shows sculptural and installation works. The two exhibitions will give visitors a unique opportunity to experience a broad selection of Stub Wittrup’s practice from his photographic works to new site-specific installations.

About Ebbe Stub Wittrup
Ebbe Stub Wittrup (b.1973) lives and works in Copenhagen. He graduated from the Academy of Fine Arts in Prague in 1999. In his artistic practice, he works with different media, but is especially known for his photographic works. At CC, he shows works in a series of media, including textiles, bronze sculpture, modified ready-mades, and historical documents set in a contemporary context. Ebbe Stub Wittrup has had a number of solo shows in Denmark at ARoS Aarhus Art Museum and Overgaden Institute of Contemporary Art, for example, and abroad – most recently at Kunstverein Braunschweig, Germany, Kunsthalle São Paulo, Brazil, and Kirchner Museum, Switzerland. In 2010, Ebbe Stubbe Wittrup was awarded a three-year work grant from the Danish Arts Foundation and, during the period 2013-2019, he was associate professor in media art at the Jutland Art Academy.